There are of course as many ways to make ammunition in the N-SSA as there are people shooting it.  I was introduced to smoothbore shooting by a teammate, Chuck Garvey.  His preferred method for preparing .69 caliber round shot is to roll the balls between two farrier's files, and then triple-dip them in Lee Alox bullet lube.  Chuck said the purpose of roughing up the balls with the files is to provide a "tooth" for the Alox to stick to.   On my first outing with my own smoothbore, I did not have farrier's files so I simply triple-dipped the balls in Alox.  I found that the lube had a tendency to flake or peel off the ball when removing it from the plastic cartridge tube and during loading.  So the moral of the story for me is if it first you don't succeed, do it the way you were told to in the first place!

I searched around online for farrier's files, and found they are rather expensive things, going for $20 each or more.  I decided to try some cheaper files from the mecca of cheap tools, Harbor Freight.  Harbor Freight has a set of large, heavy duty files for a mere $12.  Two of the files, the flat and the half-round, have the same teeth to them and work great for running the balls between.

The trick is keeping the balls in between the files.  If you just try to roll them around between the two files, the balls have a tendency to fall off the lower file and roll around on your bench.  So I decided to make a simple fixture to hold the file and the balls to make rolling them much easier. 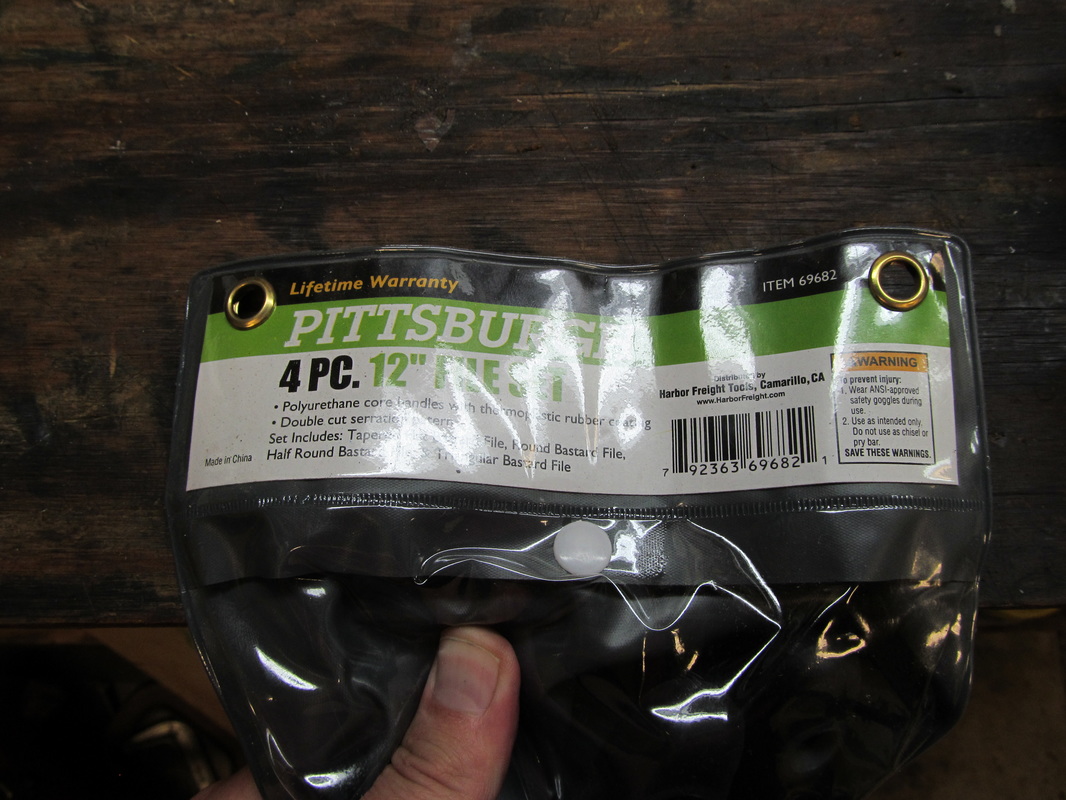 Harbor Freight file set.
To make this fixture, I used a simple scrap piece of 1x4 I had lying about the shop.  First, I cut it in half.  One half provides the base for the fixture.  The flat file will lie on it.

Making the fixture base.
On the other half of the piece we will mark a line that divides the piece in half, and then cut this in two along that line.  The cut does not need to be particularly straight as I will simply flip the pieces around and use the outside flat edge.  These will make the side rails of the fixture.
Marking and cutting the side rails.
Next we will glue the side rails to the base, using the flat file as a spacer.  Make sure you don't get any glue on the file and don't glue the file to your fixture.
Gluing the rails to the base.
Next we will make a small piece to cap off the end of the file, so the balls don't fall out the end of the fixture.  Since my side rails were a bit too long, I cut them off and used a piece of it to make the end cap. 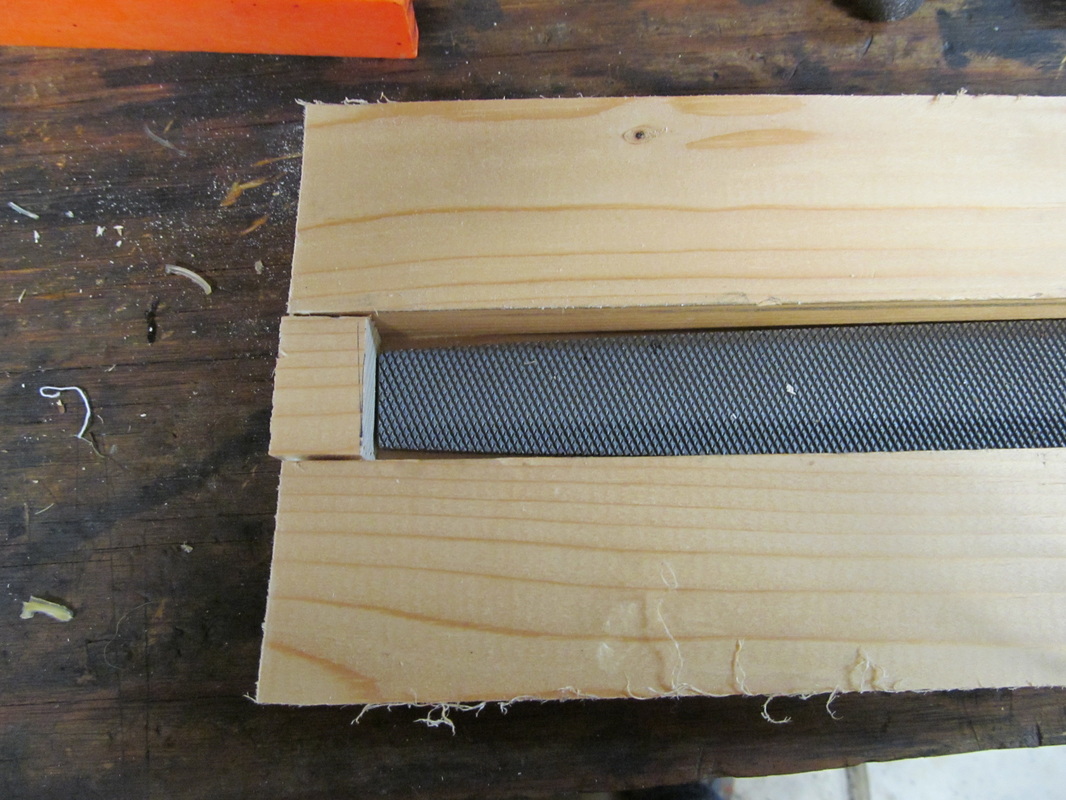 Gluing in the end cap.
After the glue dries, you're done!  To use the fixture, just put a couple of balls into the channel, and then use the flat side of the half-round file to roll the balls back and forth along the bottom file.  In just a few seconds the balls will be roughed up by the teeth of the files. 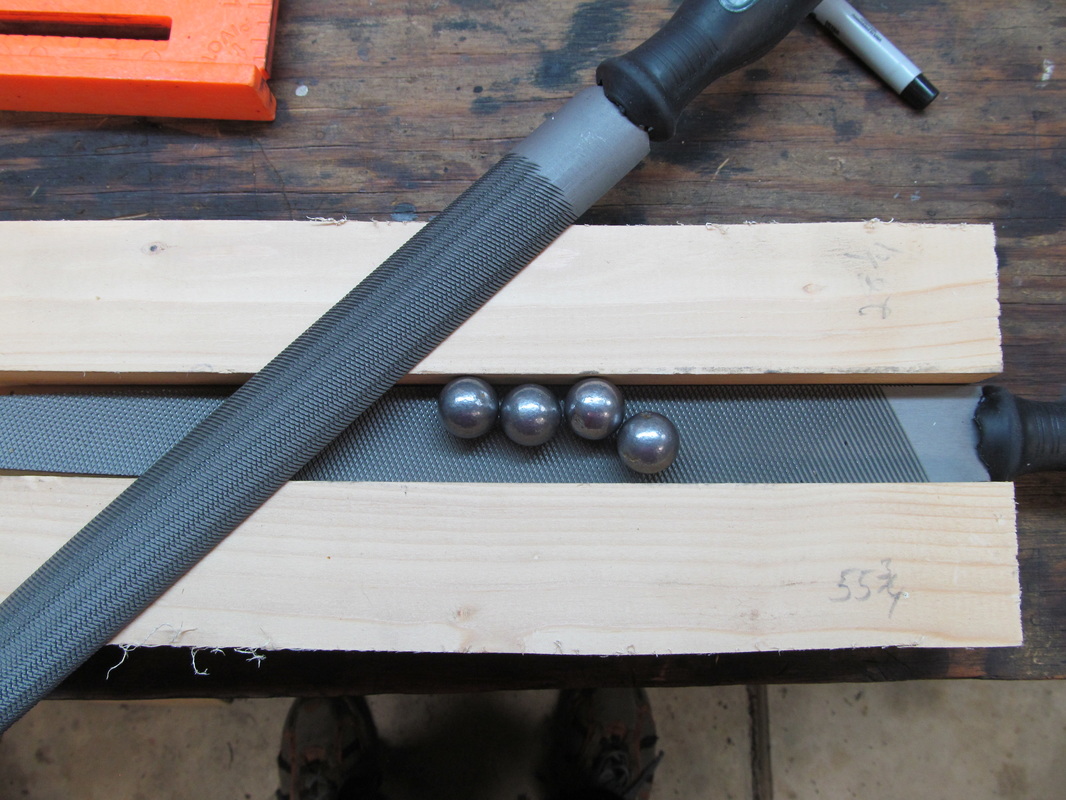 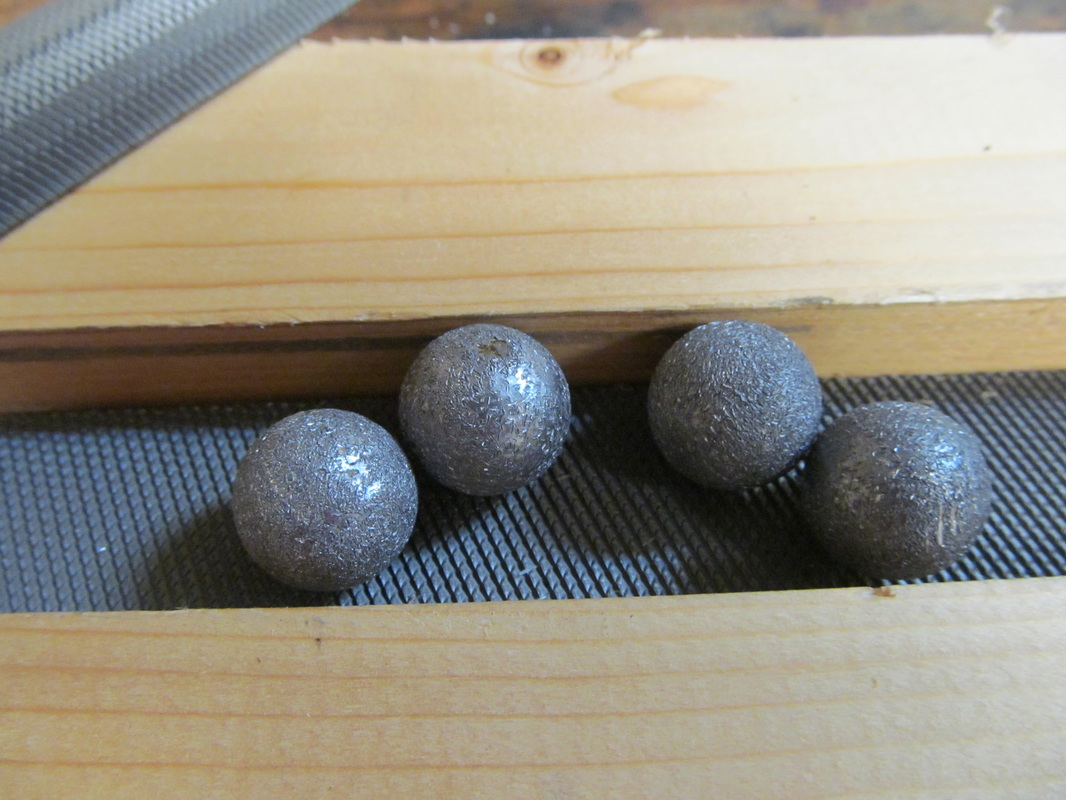 Balls after rolling.
The fixture took about 15 minutes to make and cost $12.